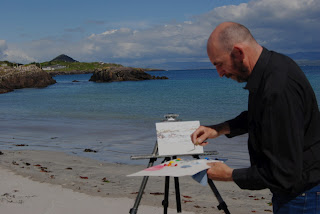 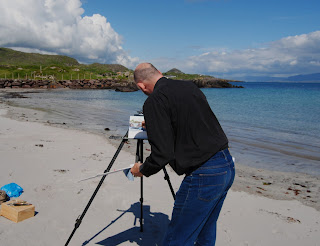 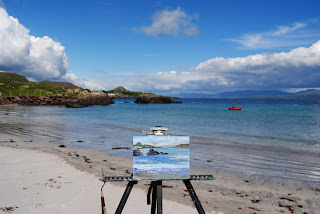 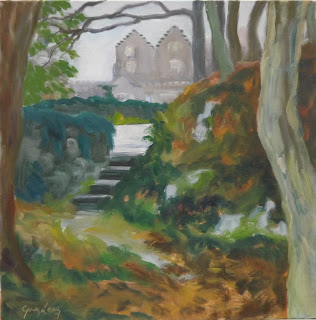 12" by 12" oil on canvas
Ballinahinch Castle 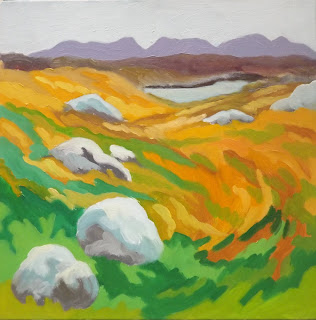 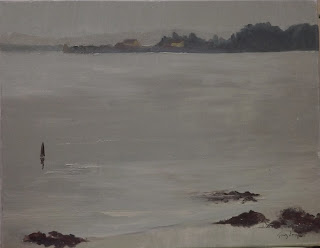 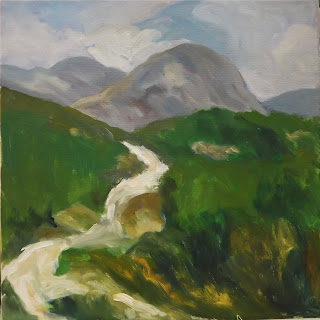 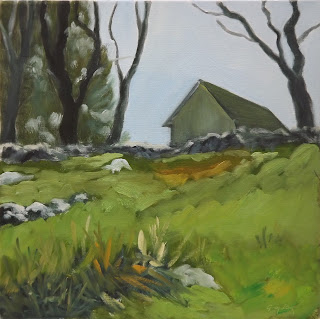 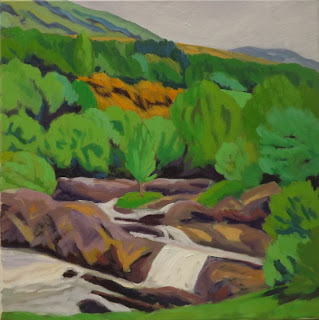 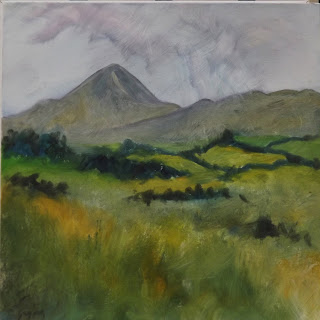 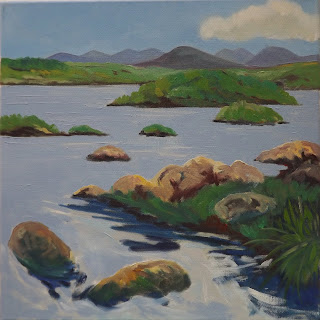 My blog has moved to it's new home here: http://greglongartist.blogspot.com/
Posted by Unknown at 2:23 PM 1 comment: 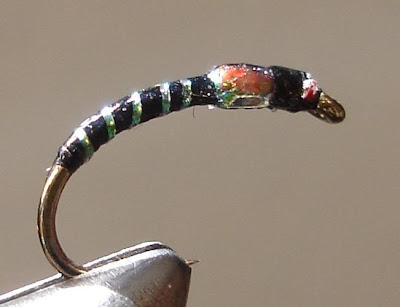 Here are two of my buzzer tyings for late summer evenings. 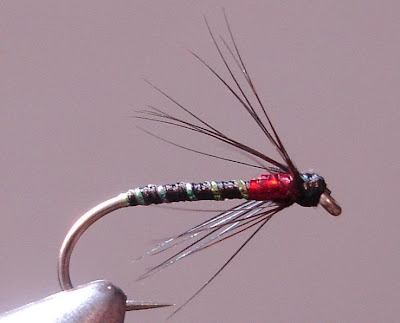 We had an enjoyable day on Sunday. The wind was a bit cold and quite blustery, but we still managed a few fish each. A lot of fish were coming short and turning away, and quite a few more were failing to hook up properly for some unknown reason...It may have been my striking was a little off or rusty, but other fish were well hooked so I don't think this was the reason.
It may have been due to the number of boats out trolling rather than fly-fishing, all that motoring often upsets the fish and makes them edgy.
It is to get very cold again this week, so I don't think I'll be out again for a few days.
Posted by Unknown at 10:56 AM 1 comment:

I didn't go to the west for the opening of the season, the weather prior to the 15th of February was not condusive to good fishing. Therefore my first day out will be tommorrow, March 1st, now that the season has opened locally. I am starting of by fishing Lough Lene near Collinstown in Westmeath. This beautiful little lough is a stocked fishery with both brown and rainbow trout in it and is a pleasant lake to fish and with it being small enough to motor all around it in one day it is easy to find feeding fish somewhere.

It is always nice to start off with a successful days fishing.
Posted by Unknown at 12:12 PM 3 comments:

Two weeks away from the new trout season......
Posted by Unknown at 3:08 PM No comments:

The last fish of the season.. 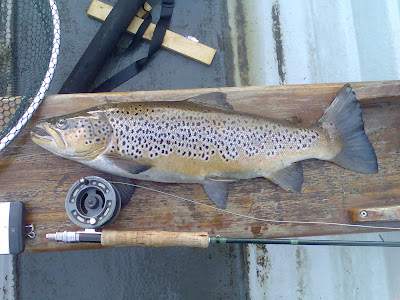 I got this 6 lb 14 oz beauty on the final day of the season on lough sheelin.

It took a silver invicta on the point.

I moved one other fish for the day but it just followed the flies without taking. Later I increased the fly size to try to induce a take, and this fish followed the flies again. This time I stopped the retrieve and waited for a few seconds, then lifted the rod. Thankfully he had the fly in his mouth at the time. :)

I didn't win the next Saturdays competition sadly :(
I did win the following competition though :) It was fished on the upper Liffey river.
I have had quite a bit of sucess this year, catching well even though most anglers are struggling with the conditions. The loughs have not fished well at all this year, and with all the rain we have had the rivers are often unfishable. I have only failed to catch once this year however and I must be averaging about 6 fish per day on the loughs, and probably about the same on the rivers.
Posted by Unknown at 11:38 AM No comments:

two good days on the river...

I fished two competitions last weekend, both on rivers. I won the club competition on Saturday with the best three fish (a 3 fish bag limit, I caught about 8 takeable fish in total).

On Sunday it was the provincial championships, where I came second on my beat behind the overall winner. He and the beat winners of the other 4 beats will represent the province later in the year. I ended up as first reserve, my points total being the highest runner-up out of all the beats. (In fact my points were higher than some of the other beat winners, but to allow each beat to provide more than one qualifier is unfair on those drawn on the poorer beats that cannot hope to compete against a better beat draw. )
I was happy with the result, the winner deserved his victory, and fished very hard for the day. I did not work nearly as hard, but just fished to catch and enjoy the day. I stopped and watched the eventual winner for about 15 minutes in the morning session, and knew he was going to do very well, his work rate was high and he had the right methods and flies for the day.
I had decided to fish a team of spider patterns and a gold-head nymph, rather than dry fly (the winner was fishing dry, and then covering the water again with goldhead nymphs!!) and perservered with the method. I caught a couple of good fish too, up to 35cm. I only caught one below the 20cm minimum size, so my techniques worked in that sense. My fishing was a lot more relaxed than would have been needed, but I wanted to enjoy the day, and with the company of my steward (umpire), who was extremely pleasant, I arrived back at the "weigh-in" (points tally- it was catch and release) feeling relaxed and happy with my day.
I was actually surprised to be top runner-up, because even though I knew I was 2nd on my beat I had thought others would have had more success on the other beats. I am looking forward to this Saturdays second leg of the club competition for the 'trout cup', I feel in the mood to repeat last weeks result and ensure I win it!

I really should fish the rivers more often...
Posted by Unknown at 6:33 PM No comments: